You are the prisoner of the planet called Labyrinet, where tons of dangerous robots are trying to kill you !

Your tiny blaster may can destroy some low-level guards but It's no use for the heavily armored ones.

You can change controls in the option.

Dark Spasm is my first attempt of making a 3D game with game maker : studio.
It's a Third person shooter heavily inspired by Berzerk, wolfenstein 3D, Doom, and Xybots.

Since this game is a very experimental project, I personally think the overall quality of this game is not good enough to satisfy me. The limitations and optimization issues of Game maker also restricted the level design a lot, so the levels are a lot smaller and simpler than they were suppossed to be.

There are 4 episodes in this game. 1~3 Episodes are hand-crafted levels, and Episode 0 is an endless survival shooter in procedurally generated mazes. Don't expect something like Roguelike shooter, The mazes are very primitive.

With the experiences from this project, I'll make a more polished 3D shooter next time.

Hiya, I *really*, really loved this and Rolling Bird!

What would be the best way to contact you about a maybe kinda-cool project? 👀

Thanks, but I'm currently focusing on fantasy consoles like pico8 and tic-80.

Ah, no worries! It was more about potentially including those two games on a physical compilation showcasing indie games, not like a whole new project thing aha. Let me know if you're interested and I can email more details - no worries if not! Feel free to delete these comments if it seems spam-y haha.

THIS GAME IS GREAT. I randomly downloaded it because I was stalling doing homework and MAN is it charming! I spent 2 hours playing it! It's so challenging and so cool/funny! Keep up the good work!

glad you like it. It was my first 3d game but unfortuately leaved being unfinished because there were too many issues to fix.

Such an awesome Game!!! 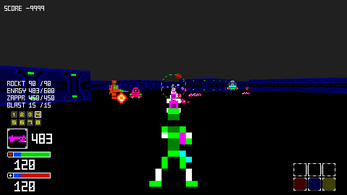 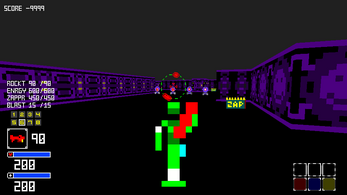 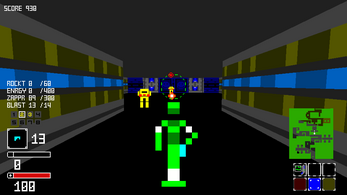 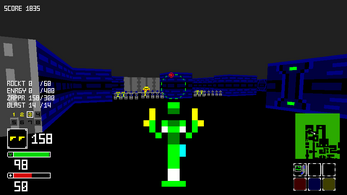 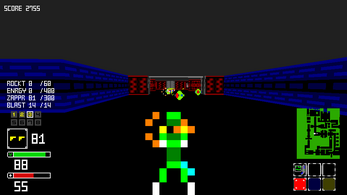 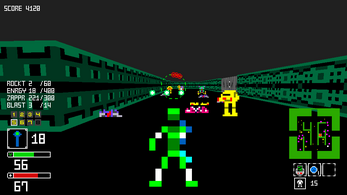 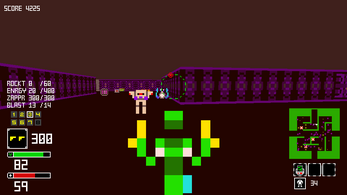