Pilot Videl air force's deadliest helicopter HCH-960C Super Aicimus in this action-packed 3D game. Destroy the targets, rescue the hostages, and capture the enemy buildings to save the world!

BTW is IR jammer really works? Haven't noticed it to be honest.

Yes, You can deactivate the missiles by using it.

Oh so it's not automatic? I wanted to ask how do I use it then but discovered already - landing gear button. I would add this tip both to control screen and weapons description screen.

It's mentioned in the Tutorial when you selected Sawfly Warrior.

Ah I see then. Didn't try to complete it with that helicopter.

Got almost all achievements of the game on Steam and continue to advertising it to my friends. ^_^ I still think it deserves much more attention. You could probably write to horheristo. If I don't mistake - he can make a video about your game for 50 dollars.

Also you can make some gif animations instead (or probably with) screenshots. In this case they should be shown when you point on the game icon on some itch page. Like on Sky Rogue page for example.

Hello, how can I reset my keybinds in my game. The reason is that I messed up the keybinds.

In that case you have to go C:\Users\User\AppData\Local\Hornet_Virus and delete optionsave.sav to reset the settings.

In campaign mode I received a mission to capture communication center with 6 troops. But actually I needed only 4 to do it.

Thanks, I forgot to edit the description.

And one more similar thing. I received a task to capture enemy control tower with 4 troopers but only two got to my helicopter.

So I've just finished mission 49 but already received a congratulation message after this. Shouldn't it appear only after finishing mission 50?

Thanksbfor the report, I think I made a mistake because I originally made 45 missions but added 5 later.

So I almost completed the game and I still think that board parameter should be decreased by 2. Also Super Alcimus consumes fuel too fast IMHO. BTW how can I get Nap of the earth achievment?

Steel Alcimus has the strongest armor and 3 weapon slots, so it has worst fuel efficiency as a trade. But I think I should decrease board parameter and increase fuel efficiency instead.

For NOE, destroy SAM launchers or mobile AA missile launchers while flying lower than the half height displayed on the height HUD.

That's really strange because the error doesn't happen to me. Is the error only happening in mission 28 ? Does it works fine in other missions or modes ?

Yes. Just tried to run mission 27 and it works fine. Probably my save file cause this problem somehow? I'm pretty sure I've downloaded latest version cause I can navigate weapons menu using cursor buttons. This time the error was:

I need to see the more detailed error message because I can't find the error like you did in mission 28.

please download Hornet Virus 1.9.0 test and play it, if the error is happened it will show more detailed description about the error.

It's very strange but I see the same error without additional information.

Here are my save files.

I'm using Russian Windows 7 64-bit version. But name of the user is in English so I'm not sure it could cause the problem (though I had an issue in one game and one of the developers said that it happened because of different language Windows and made a fix pretty fast).

Ok I got where this error is coming from. I'll fix the error tomorrow morning !

An error appears everytime when I try to run mission 28.

Thanks for the report. Is it from single mission mode ?

One more thing I'd like to suggest is to duplicate navigation in the shop to cursor buttons/gamepad stick (up/down change weapons and left/right change weapon slot) and mention it in tutorial. I think it would help to choose weapons faster. Also there is still no status window for MGP-1000 in the shop. Does it have infinite ammo just as your main caliber? If so I still think it should be in the list but with ∞ sign. BTW I've noticed your game will appear in the Steam. If I install it in the Steam will it see my saves from itch version of the game?

Also - is there any difference if I fly with landing gear or put it away? What about giving a little maneuverability and/or speed bonus if you'll put away landing gear?

P.S. Ah it seems you've already made it.

P.P.S. Damn. I've just accidentally destroyed ally helicopter in mission 10 with a... mortar. That was unexpected. ^_^

Yes, when you lowered the landing gear the helicopter's max flight speed decreases and you get more air drag that the helicopter becomes optimized for landing or air braking. Using direction pads for selecting weapons sounds good, I'll add that after the steam release.

I've noticed that sometimes some missions are automatically completed. If I don't mistake all these missions were about capturing and rescuing. Also - are your weapons more powerful in single missions than in campaign or it's just my imagination?

I also think that space in helicopters for men should be reduced by two (2 instead of 4, 8 instead of 10, etc.) but briefings should be more clear about how many people you should pick up in the following mission. At the same time repair resource and fuel on base should probably be increased.

weapon damages are same in all game modes.

Did the automical mission complete bug happened in campaign mode ?

Haven't noticed it there. Not sure about other modes.

I have tested the game multiple times but couldn't find the bug yet. I'll keep testing it.

Just tried mission 8 two times. There was no pilot that I should rescue. In mission 7 there is no control tower that I can capture and no soldiers on my base which I could pick up.

P.S. It seems I've found the problem. This happens on easy difficulty. All is fine on normal.

oh that's because easier difficulties reduces the number of objectives, but reducing it to zero is my mistake. I'll fix it soon.

Ah. And will there be countermeasures in future like in Super Aicimus?

Strafing was removed to make the controls simpler. In the early development state there was steafing but moving to side while looking at the target was awfully hard in 3D perspective. Also not having strafe made the game more fun as you have to control the altitude and choose between facing the target to attack or focusing on avoiding in combat.

The countermeasures are automatic in this game like tiger's bane, assuming the co-pilot is controlling it.

When the enemy AA missile is launched you must fly away from it. When the missile is close to the helicopter you can see the flares launched from it. Doing a quick turn after that will outmaneuver the aa missile.

I changed it because using flares in Steel Alcimus was a chore and spamming it while hovering to avoid missiles were kinda dumb.

In this way not only using countermeasurement is more convenient, it also looks more realistic as you must perform evasive maneuver to make it effective.

Your helipad don't have defences because players could abuse it to take down enemy aircrafts easier. You don't need to protect your helipad in this game and enemy ground forces don't attack you when you are landed in 1.8.0 patch so having no defence isn't a problem.

Ah I see. It seems that I just haven't noticed flares in this case (I thought that I saw them once but wasn't sure about it). Could you also tell me please how can I buy new ammo? Also - interface don't include all weapon types as I've noticed. Ah one more thing. Is it possible to complete the game or campaign just infinite?

You can buy weapons by prrssing gear key when landed, it's mentioned in training.

Only the rockets\missiles\bombs are finite and purchaseable, bullets like the turret and gunpod are infinite so you won't be completely defenceless. Campaign mode is similar to the one from gunship 2000. You complete missions to make the campaign status superior to your ally. If the ally's status reaches nearly 100 enemy will surrender and the campaign ends as your victory.

Wow don't know what you've changed in latest version but the game feels harder now. I can't complete first mission even on easy sometimes. ^_^' Ah I just wondered - shouldn't your own base have some basic defense? A couple of turrets both for air and ground targets.

Tried the game at last. Well - it's very hard to control helicopter with a mouse but thanks for such option anyway. ^_^ I have one complaint though. In tutorial it's not very convenient that tips changing automatically. I've completed this mission only after three or four restarts to read all tutorial tips. Also I was surprised that menu controls is kinda different than in Steel Alcimus but I guess it's probably the question of habit. One more thing that surprised me is that it seems you can't strafe like in Steel Alcimus. Was it made by purpose? Other than that first impressions are great for both Steel Alcimus and Steel Alcimus 2! These games reminded me not only Strike series but Tiger's Bane and Return Fire also. 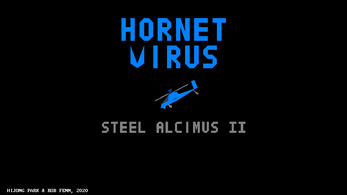 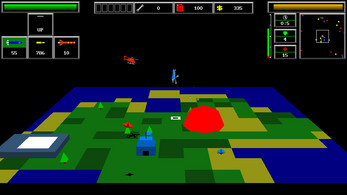 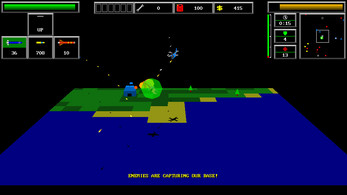 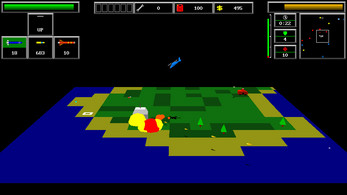 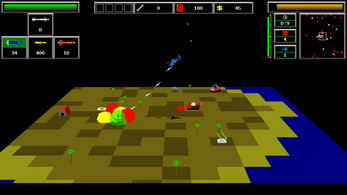 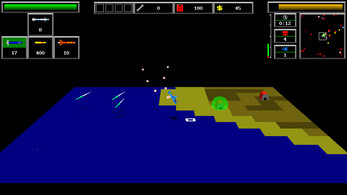 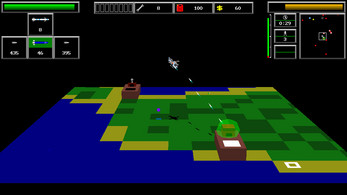 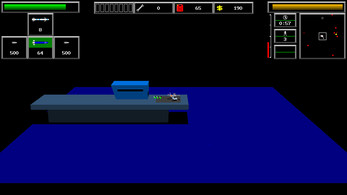 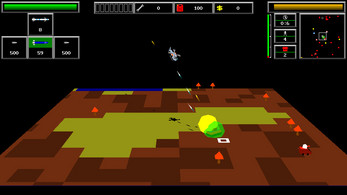 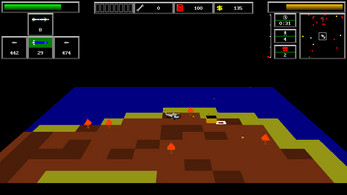