There are robotic aliens called "Offendrons" in space.

They attack other planets and make colonies to get the energies they need for living.

In 3045, Offendrons had arrived at The solar system and attacked The earth, to make their 255th colony.
Within a year The earth had successfully taken by Offendrons.

However, Humans hadn't give up. Some people had escaped to their mars base and developed a virus that turns Offendrons into a brainless killing machines who can only think about destroying other Offendrons.

Offendrons couldn't deal with their deadly viruses and quickly leave the earth.
Unfortunately, their revenge didn't stop after re-taking their mother planet.

When The fate of Offendrons came to a crisis, Offendron Warriors, who are capable of greater firepower and transforming for various combat situations had appeared.

Their mission is fighting with over **1 millions** of human's war machines and protect the offendron civilians from The deadly viruses.

Offendron Warrior is a Horizontal Arcade shooter, inspired by Defender.

You must save your friends from human's war machines and get 1 million points.

You can transform into **Interceptor** and **Offender**.

In Interceptor mode, You can fly very quickly to save Offendrons or fight with enemy fighters.

In Offender mode, Your thrust speed decreases but you can fire your laser much faster (manually pressing the button fires the laser faster than just holding it.) and you can fly up or down much quicker. Offender mode is recommended for fighting with large amount of enemies or doing preciser movements.

You can also use Smartmissiles and Hyperspace.

Smartmissiles automically seek the target and destroy it, and hyperspace allows you to jump half-length of the map to escape from dangerous situations. But don't overuse it, or you'll kill yourself !

Additional instructions are explained in the game.
Any feedbacks about the game are welcome ! 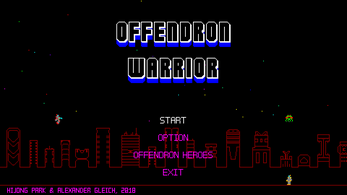 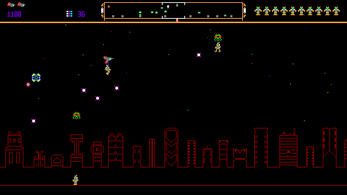 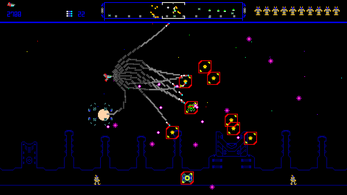 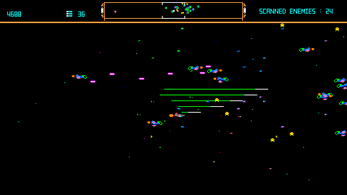 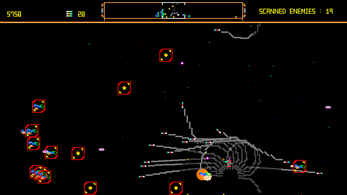 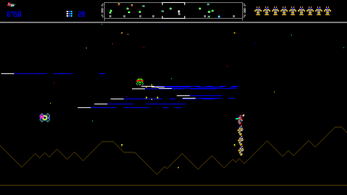 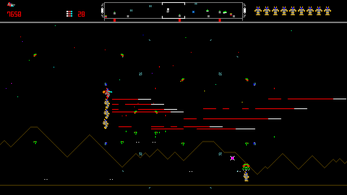 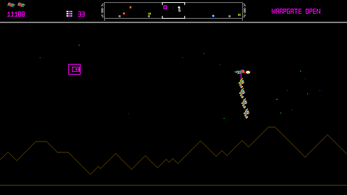 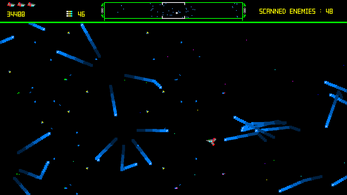 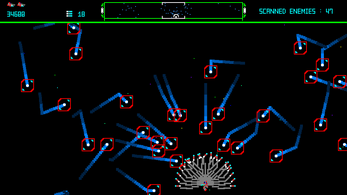