In The year 2846, The earth has become completely inhabitable and Few survived people went to space. With the advanced robot technonogy, Humans created Terraforming Humanoids to produce the planets that can support human life. Unfortunately, The aliens who were also looking for their new planet started to attack Humanoids and robbed the planets or completely destroyed them. To deal with it, Humans created Pentasma - The plasma-powered space jet armed with Deadly lasers, smartbombs, and also tractor beams to protect the Terraforming Humanoids.

Defender is my all time favorite game, so I wanted to make something that truely replicated the defender's gameplay.

Any feedbacks are welcome !

Awesome Defender remake.  Just writing to report a small bug I encountered in the current version (1.6.5).  If you rebind the controls (using a controller), it asks to you press the buttons for "Fire", "Bomb", "Special", "Thrust", "Reverse", and "Pause".  However, the buttons it ASKS you to bind and the buttons it ACTUALLY binds are different.  I believe it swaps the thrust and reverse buttons with the bomb and special buttons.  I was able to figure out a workaround, but this is a bug worth fixing. Cheers!

Thanks for the report, I have uploaded the patch.

I’ve been playing Pentasma, and it is an awesome game. Any hardcore defender player will love it!  Thank you again for writing it. There are quite a few of my “DADROCKS” entries in the high score table. As you can see I am addicted!

As I have played it many times, I have a few bug reports that you will find useful.

I’m running Windows 10 (64 bit), and using a Microsoft xbox one PC controller. I have installed the game on 2 PCs and the same problems exist on both. I run version 1.3 full screen in standard mode.

The problems with the high score table persist when I run the game as administrator.

Now that you have made an awesome version of Defender, I would love to see you write a version of Robotron with added characters and game plot. You are a talented game maker! Keep up the great work! Once your game is up on Steam, I will gladly donate.

Thanks for playing and feedbacks.

The first issue was acutally a controller input error. About the second issue, I tested it several times and even tried disconnecting and then reconnecting internet mid-game but the highscore worked just fine to me. So unfortunately I can't handle this issue.

I have released 1.4.0 patch to fix other issues and add some tweaks. Can you download 1.4.0 version and see if the highscore feature still doesn't work after some minutes ?

The end game high score table also seems to be working also, even after an hour or so, and repeated plays. Well done and thanks!

Glad it works ! thanks for testing.

IMPORTANT! In the tutorial that you can't skip, when the prompt for shooting comes up the invader is just too low to hit so I can't play the actual game please fix fast, I want to play your game

Oh! That's really fatal ! Thanks for reporting it, I'll fix it ASAP. I should have tested this twice, sorry about that.

I have uploaded 1.1, The tutorial works fine as I tested it.

This is honestly the best Defender remake I've found! The graphics and SFX are spot on, and I can tell a lot of work was put into enemies and powerups. 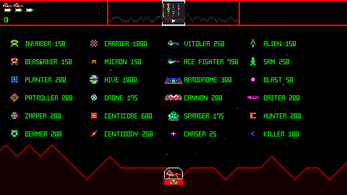 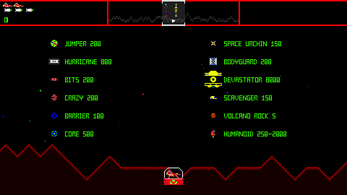 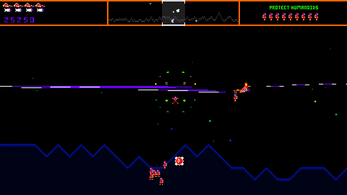 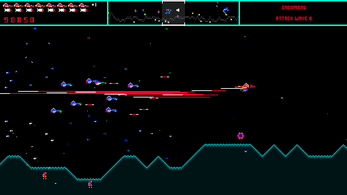 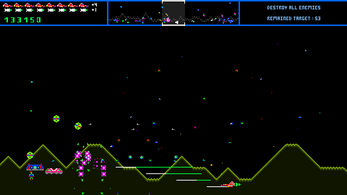 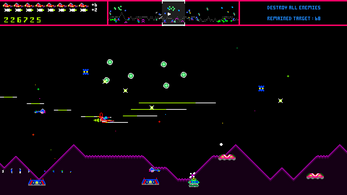 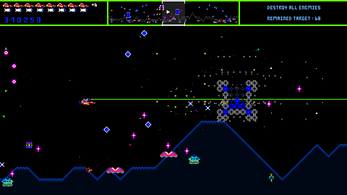 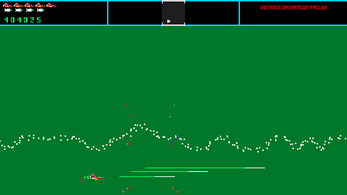 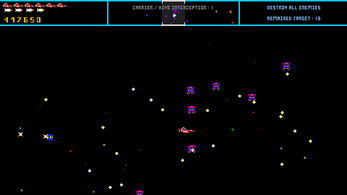 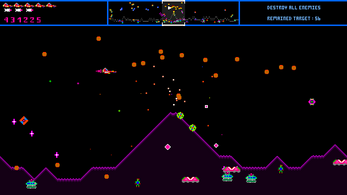