In 2020, The war between North and South Videl was ended as South videl's victory and Videl was reunited as one.

However, The peace didn't last long...

This time, Lisitsa Lzhets, The dictator of Sparronistan is planning to take over the world.

Fly Videl's latest Attack Helicopter HCH-960A Steel Alcimus and save the world from a warmonger !

Steel Alcimus is a Top-Down helicopter shooter and a sequel of Golden Hornet inspired by Raid on bungeling bay and Zeewolf.

Similar to Golden Hornet, You have to control the helicopter and do various missions in the levels. But instead of only saving hostages and destroying targets, There are more things to do.

Now you can complete the missions with your ally aircrafts or buy new weapons from the shop, and the missions offer more various tasks including saving The carrier, Taking the buildings, carrying objects, etc.

- Raid mode : An endless mode where you have to earn points by completing the missions. In this mode, you can use other helicopters like Golden Hornet, Infuscatum, and Platinum Sabulosa. These helicopters will be unlocked as you complete the campaign missions. Online Scoreboard is also supported ! 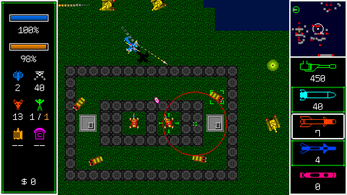 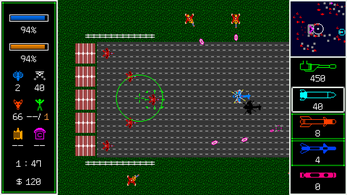 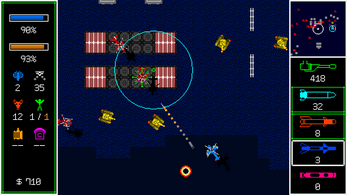 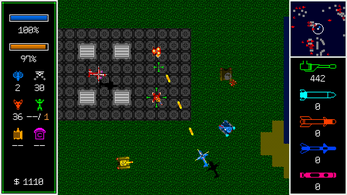 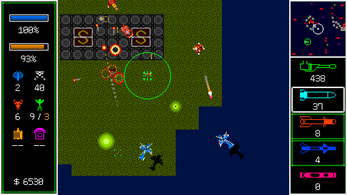 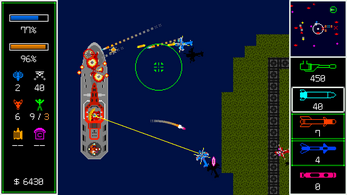 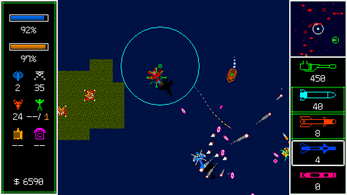 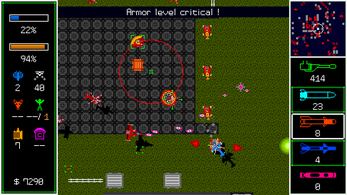 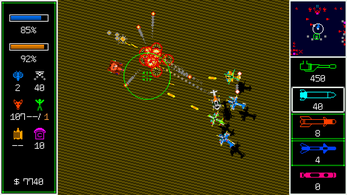