Tujate is a horizontal shooter and the spin-off of my previous game "twin troopers" inspired by defender, choplifter, and cybernoid.

- campaign mode : you have to complete missions like destroying all targets, saving citizens, and defending fortresses. also you have 8 useful sub weapons to fight with enemies, use them wisely to complete the mission easier.

- defence mode : an endless defend mission highly inspired by defender. you have to protect 8 energy cubes from enemies and get the highest score. if you lost all energy cubes, prepare for your doom.

- campaign mode : After long war between raegerov and videl empire, videl finally won and the earth became peaceful again. however, peace wasn't long.
the aliens called 'yadcian' had invaded the earth to make it as their 56th colony. videl empire used all their weapons to stop aliens, but their weapons were just a pathetic toy compared to yadcian's advanced technology.
as a last resort, the two elite soldiers of videl empire called 'twin troopers' engaged in the mission to steal yadcian's technical intelligence.
Their mission was successful, but they had caught by aliens after they sent the intelligence to the base.
based on the yadcian's advanced technology, people created the ultimate jet fighter called "tujate".
now it's all depend on you to save the mankind.

- defence mode : With remarkable activities of Tujate, yadcians faded away and the earth became peaceful once again.
10 years later, people moved to ganymede to collect more resources.
One day, one extraction area in ganymede had suddenly attacked by unknown groups.
after people sent a scouting party to ganymede, they realized that yadcians had returned for revenge.
The Tujate fleet tried to eliminate yadcians but they've all gone down and you are the last of the fleet.
you have to defend energy cubes and stop yadcians from proceeding to the earth.

if you have any suggestions, please report to me. 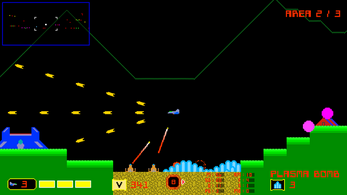 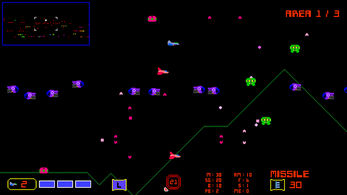 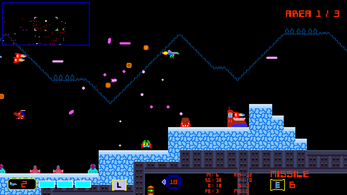 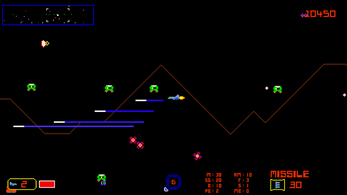